I have created a new website for my photography – barrybridgensphotography.co.uk

My photography related blogs will now be posted there. Any non-photography content will continue to be published here.

This is first of a, hopefully, regular series of posts highlighting the photographs that I have been taking. I will give some background information on the camera(s) / app(s) used and any other relevant information.

I have been using the app Filmborn on my iPhone to take photographs with a film look.

One of my favourite film emulations is “Ilford HP5” Black & White.

I took some “street” photographs using this setting on the 7th May 2017 in Birmingham. The photographs were taken while walking around the city on a Sunday morning and I was mostly looking at interplay of light and shadow. The exception to this is “Summer Savings” where I was drawn to the contrast in build between the man and the store dummies and the matching horizontal stripes on the man’s shirt and the dummy behind him.

Some of the photos were later cropped for use on Instagram and the “Instagram” crops are shown below.

The workshop started with a talk from Kris and his passion for street photography was obvious. The workshop participants learned a lot from Kris and then we were sent out onto the streets of Birmingham to put the learning into practice. After an hour taking photographs we returned for some Lightroom editing tips from Kris.

I found the workshop very useful and managed to take some, what I thought were, reasonable photographs. Some of these can be seen below.

I normally use an Android phone but I was so intrigued by the, iOS only, photography app Hipstamatic that I brought a used iPhone so that I could try it out. Hipstamatic is an app that allows you to select different “equipment”; “lenses”, “films” and “flashes” that control the final look of your photograph. There are a limited number of these available initially but more can be added via in-app purchase.

The earlier version only had an interface that looked like a “toy camera” as can be seen below. The original interface forced the user to select the lens, film and flash before shoting and gave no possibility of changing this later. The app has a “shake to randomise” feature that allow a random selection of the “equipment” from a selected range of lenses, films and flashes. 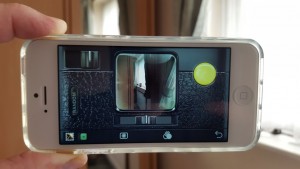 The latest “300” version of Hipstamatic add many more facilities. There are manual options for the camera (shutter speed, focus, etc.) and the possibility to change the equipment post shooting. There is a new shooting interface to control this (although the old interface is still available if required). 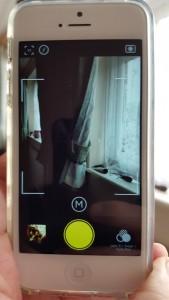 As with all things photographic the real proof of the app is in the photographs that it takes. Below are a selection of my own photographs showing some of the effects that can be created with Hipstamatic.

We’ll see how long I can keep it up 🙂

Last week I was on vacation near Whitley Bay and also visited Newcastle. Below are some of the photographs that I took beginning with the iconic Spanish City dome. 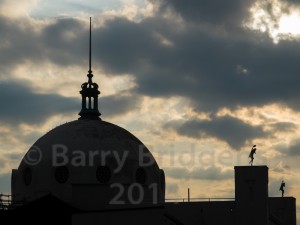 I have been experimenting with using the 50mm f1.8 lens from my OM series cameras on my Olympus E-P1 via an adaptor. 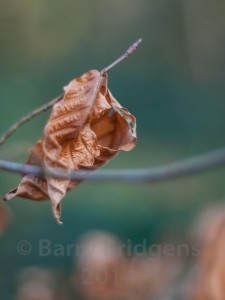 I think that it could provide some interesting results but I need more practice with the setup!

Here is another example. 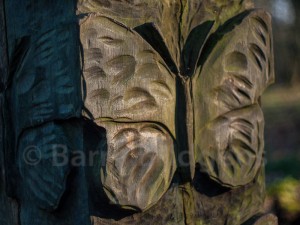 Gas Street Basin in the evening. 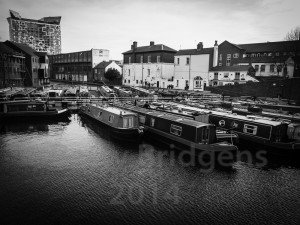 Although I have never really gotten into the whole film Lomography thing, I have been having some fun with “Digital Lomo”. I brought a Holga lens (HL(W)-OP) for my Olympus E-P1 and have been trying out for the last couple of months. 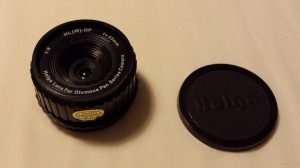 However it can produce some interesting shots. 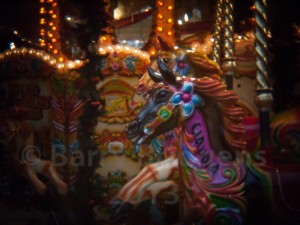 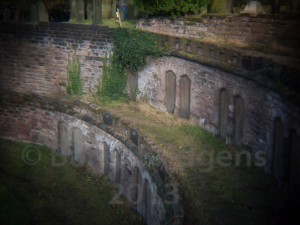 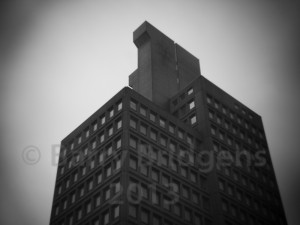